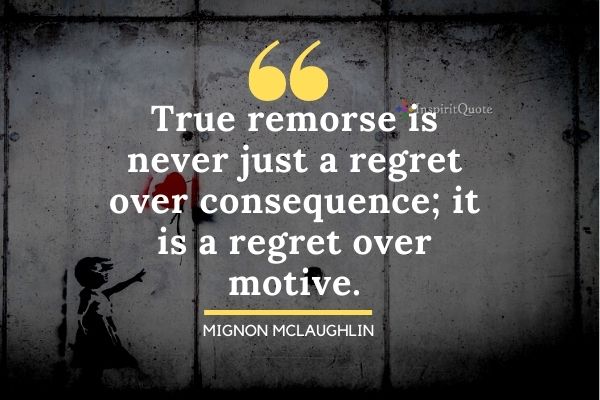 Apology quotes –One of the hardest things to do in life is to deliver an apology but reading some apology quotes is a good start.

Many people say a quick “I am sorry” without really thinking about it, because they want to move on or simply have their own way.

However, this waters down the value of an apology, and can mean that a person you truly care about grows to doubt you andyour sincerity.

A true and sincere apology offers real regret and remorse for our actions and carries a promise that we won’t do it again. It means acknowledging our faults, taking responsibility for the things we have done wrong, and opens a dialogue between two people.

An apology when correctly given and sincerely meant can create deeper and more trusting relationships.

An apology should be never ruined with a excuse.

An apology is a lovely perfume, it can transform the clumsiest moment into a gracious gift.

“My life is an apology for the life of my father.” – Kristin Cashore

“Faithless is he that says farewell when the road darkens.” – J.R.R.Tolkien

“The only correct actions are those that demand no explanation and no apology.” –Red Auerbach

“I understand the concept of being the bigger person but I do not understand why some people apologize to others when they weren’t wrong.” – Unknown

“Remember, we all stumble, every one of us. That’s why it’s a comfort to go hand in hand.”– Emily Kimbrough

“Never apologize for showing your feelings. When you do, you are apologizing for the truth.” – Jose N. Harris

“Never forget the nine most important words of any family – I love you. You are beautiful. Please forgive me.” – H. Jackson Brown Jr.

“I believe that things should be let go once they are discussed. Apology accepted. End of story.”– Brad Goreski

“Mistakes are always forgivable if one has the courage to admit them.” –Bruce Lee

“An apology is a lovely perfume; it can transform the clumsiest moment into a gracious gift.”– Margaret Lee Runbeck

“The only correct actions are those that demand no explanation and no apology.” – Red Auerbach

“Life becomes easier when you learn to accept an apology you never got.” – Robert Brault

“I feel like this is a dream—I apologize for how I dressed some of you.” –Ray Romano

“I am determined to offer an apology with my death.” – Hideki Tojo

“Apologies are great, but they don’t really change anything. You know what does? Action.” – Stella Young

“If an apology is followed by an excuse or a reason, it means they are going to commit same mistake again they just apologized for.” – Amit Kalantri

“I probably owe an apology to fans that have been supportive and have not wanted to believe any of this was true. It takes a little bit of the sheen off of the mystique.” -George Michael

“Apologizing does not always mean you’re wrong and the other person is right. It just means you value your relationship more than your ego.” – Mark Matthews

“A businessman is the only man who is forever apologizing for his occupation.” –Gilbert K. Chesterton

“Never make a defense or an apology until you are accused.” – King Charles

“You can make up a quarrel, but it will always show where it was patched.” – Edgar Watson Howe

“Maturity is the ability to reap without apology and not complain when things don’t go well.” – Jim Rohn

“The ability of a person to atone has always been the most remarkable of human features.” – Leon Uris

“I’m not a Hollywood basher because enough good movies come out of the Hollywood system every year to justify its existence, without any apologies.”-Quentin Tarantino

“The most important trip you may take in life is meeting people halfway.” – Henry Boye

“Pride and ego make a mockery of an apology. Humility wins forgiveness without question…so break ‘yourself’!”– T. F. Hodge

“An apology can be a wonderful thing so long as it is infrequent and from the heart. However, beware of the person who justifies bad behavior with apologies. For them, it is a means to an end, and quite often at your expense.” – Gary Hopkins

“A sincere and warmly-expressed apology can produce the same effects as morphine on a suffering soul.” – Richelle E. Goodrich

“In this life, when you deny someone an apology, you will remember it at time you beg forgiveness.” -Toba Beta

“Accept everything about yourself – I mean everything, You are you and that is the beginning and the end – no apologies, no regrets.” – Henry Kissinger

“Some people accidentally walk on your feet and apologize, while others walk all over your heart and don’t even realize.” – Unknown

“When anger and bitterness overpower your goodness, you can neither apologize nor forgive.” – Balroop Singh

“A person can apologize endlessly, and even if you forgive them, sometimes you can’t forget the pain they’ve caused you.” – Nishan Panwar

“Never apologize for having high standards. People who really want to be in your life will rise up to meet them.” – Suman Rai

“Never make a defense or an apology until you are accused.” – King Charles

“A hero is someone we can admire without apology.” – Kitty Kelley

“An apology given just to appease one’s conscience is self-serving and better left unspoken!” – Evinda Lepins

“My husband doesn’t apologize. Even to Me” – Claire Underwood

“It isn’t always to apologize for your mistakes but doing so shows a person with a strong sense of self.” – Byron Pulsifer

“The art of a sincere and heartfelt apology is one of the greatest skills you will ever learn.” – Jeanette LeBlanc

“The ability of a person to atone has always been the most remarkable of human features.” – Leon Uris

“A genuine apology is like an eleventh-hour rain on a dusty crop. Grossly overdue, but miraculously just in time.” – Jacqueline A. Bussie

“An apology might help, but you can change your life without one.” – Robin Quivers

“It will never do to plead sin as an excuse for sin, or to attempt to justify sinful acts by pleading that we have an evil heart. This instead of being a valid apology, is the very ground of our condemnation.” – Archibald Alexander

“I wish for you the wisdom to realize that forgiveness has nothing to do with an apology.” – Steve Maraboli

“Apology doesn’t mean that you were wrong, or other person was right. It means that your relationship is valuable than your ego.” – Ain Eineziz

“The only good thing about punctuality is that it usually gets you an apology.” – Unknown

“An apology for the devil: it must be remembered that we have heard one side of the case. God has written all the books.” – Samuel Butler

“Would ‘sorry’ have made any difference? Does it ever? It’s just a word. One word against a thousand actions.” – Sarah Ockler

“I’m sorry, if you were right, I’d agree with you.” – Robin Williams

“Saying ‘I’m sorry’ is saying ‘I love you’ with a wounded heart in one hand and your smothered pride in the other.” – Richelle E. Goodrich

“Any good apology has 3 parts: First, I’m sorry. Second, It’s my fault. Third, What can I do to make it right? Most people forget the third part.” – Anonymous

“I don’t like it, and I’m sorry I ever had anything to do with it.” – Erwin Schrodinger

“Saying sorry to someone is hard… but putting your pride down for someone is the hardest.” – Cristina Orante

“Flowers say you’re sorry. A date says you’ve learnt your lesson. A diamond says both the above. All three and you’re making her suspicious.”– Saleem Sharma

“Apologies are great, but they don’t really change anything. You know what does? Action.” – Stella Young

“An apology? Bah! Disgusting! Cowardly! Beneath the dignity of any gentleman, however wrong he might be.” –Steve Martin

“I love you and I always will and I am sorry. What a useless word.”– Ernest Hemingway

“There are some experiences in life they haven’t invented the right words for.” – Lisa Kleypas

“I am the type of person who believes an apology should be sincere and from the heart.” – Camille Grammer

“Forgiveness does not change the past, but it does enlarge the future.” – Paul Boese

“In some families, please is described as the magic word. In our house, however, it was sorry.” – Margaret Laurence

“Be the hero of hearts; learn to say I’m sorry.” – Richelle E. Goodrich

“Smart people always say sorry, while the stupid ones just wait for the smart one to say sorry.” – Unknown

“A meaningful apology is one that communicates three R’s: regret, responsibility, and remedy.” – Beverly Engel

“I have learned that sometimes “sorry” is not enough. Sometimes you actually have to change.” – Claire London

“Apologize quickly when you wrong someone, because I’m sorry has no value in the grave.” – Lakesha Ruise

“Sacrifice is at the heart of repentance. Without deeds, your apology is worthless.” – Bryan Davis

“But you know all about that, being sorry and having no words to say something when you know you should but you just can’t.” – Heather Gudenkauf

“Apologize quickly when you wrong someone, because ‘I’m sorry’ has no value in the grave.” – Lakesha Ruise

“The art of a sincere and heartfelt apology is one of the greatest skills you will ever learn.” – Jeanette LeBlanc

“Saying sorry to someone is hard… but putting your pride down for someone is the hardest.” – Christina Orante

“He who is sorry for having sinned is almost innocent.” – Seneca

“Truly saying sorry is never easy to do, and when you are, you just hope it’s not too late.” – Justin Tranter

We hope you’ve enjoyed these Apology Quotes and the power of saying sorry.

100 Inspirational and Motivational Business Quotes for 2020