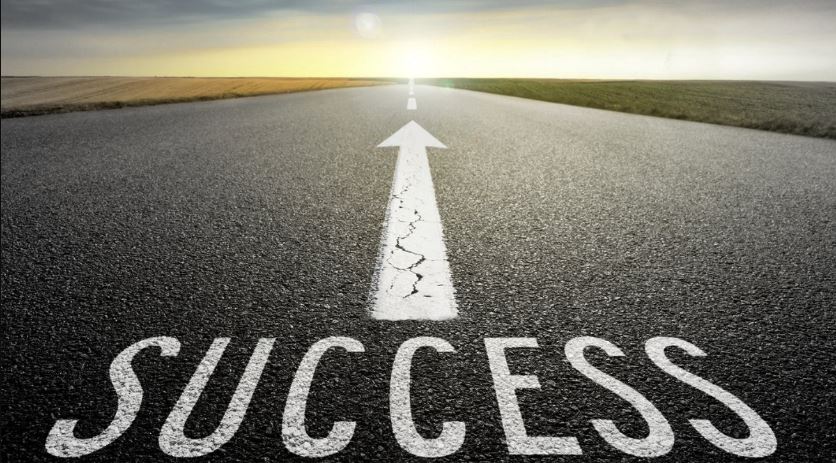 Best Quotes About Success: Being successful is the only thing that matters in this success-oriented society. Now the main thing is is being successful from birth or by work ? Well, the question is by Quotes ! We get inspired for success mostly by the Best Quotes About Success, a vital collection of which we share via this specially curated post. Do read and enjoy the ambivalent shade of Success ! 🙂 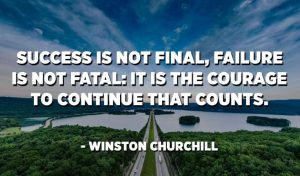 1. “Success is not final; failure is not fatal: It is the courage to continue that counts.”- Winston S. Churchill

2. “It is better to fail in originality than to succeed in imitation.” – Herman Melville
3. “The road to success and the road to failure are almost exactly the same.” -Colin R. Davis

4. “Success usually comes to those who are too busy to be looking for it.” – Henry David Thoreau

6. “Don’t be afraid to give up the good to go for the great.” -John D. Rockefeller

7. “I find that the harder I work, the more luck I seem to have.” – Thomas Jefferson

11. “Never give in except to convictions of honor and good sense.” – Winston Churchill

13. “Success is walking from failure to failure with no loss of enthusiasm.”-Winston Churchill

14. “I owe my success to having listened respectfully to the very best advice, and then going away and doing the exact opposite.” – G. K. Chesterton

15. “Would you like me to give you a formula for success? It’s quite simple, really: Double your rate of failure. You are thinking of failure as the enemy of success. But it isn’t at all. You can be discouraged by failure or you can learn from it, so go ahead and make mistakes. Make all you can. Because remember that’s where you will find success.” – Thomas J. Watson

16. “If you are not willing to risk the usual, you will have to settle for the ordinary.” – Jim Rohn

17. “The ones who are crazy enough to think they can change the world, are the ones that do.” – Anonymous

18. “Do one thing every day that scares you.” – Anonymous 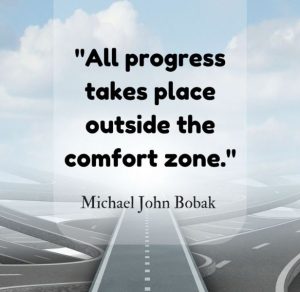 20. “People who succeed have momentum. The more they succeed, the more they want to succeed, and the more they find a way to succeed. Similarly, when someone is failing, the tendency is to get on a downward spiral that can even become a self-fulfilling prophecy.” – Tony Robbins 21. “Success is a journey, not a destination.”- Arthur Ashe

22.”Success is where preparation and opportunity meet.”- Bobby Unser

23.”Success is how high you bounce when you hit bottom.”- Gen. George Patton

25.”Success is walking from failure to failure with no loss of enthusiasm.”- Winston Churchill

26.”When it comes to success, there are no shortcuts.”- Bo Bennett

27.”Success is not in what you have, but who you are.”-Henry Matthews

28.”Success is liking yourself, liking what you do, and liking how you do it.”- Maya Angelou

29.”Love yourself first and everything else falls into line. You really have to love yourself to get anything done in this world.”- Lucille Ball

30.”If you want to live a happy life, tie it to a goal, not to people or things.” – Albert Einstein

31.”The only place success comes before work is in the dictionary.”- Vince Lombardi

32.”A man is a success if he gets up in the morning and gets to bed at night, and in between he does what he wants to do.”- Bob Dylan

33.”Success usually comes to those who are too busy to be looking for it.”- Henry David Thoreau

34.”Success is not final; failure is not fatal: It is the courage to continue that counts.”- Winston Churchill

35.”Don’t be distracted by criticism. Remember — the only taste of success some people get is to take a bite out of you.”- Zig Ziglar

36.”Success seems to be connected with action. Successful people keep moving. They make mistakes but they don’t quit.”- Conrad Hilton

37.”You know you are on the road to success if you would do your job and not be paid for it.”- Oprah Winfrey

38.”Success in business requires training and discipline and hard work. But if you’re not frightened by these things, the opportunities are just as great today as they ever were.”- David Rockefeller

39.”The only place where success comes before work is in the dictionary.”-Vidal Sassoon 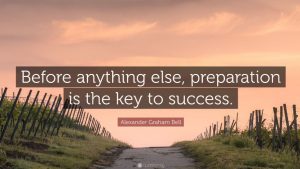 40.”Before anything else, preparation is the key to success.”- Alexander Graham Bell

41. “Often I feel that projects overwhelm us when we look at how many hours are involved until completion. But just getting started is usually not that difficult.” — Emily Giffin

42.“The two most important requirements for major success are: first, being in the right place at the right time, and second, doing something about it.” — Ray Kroc

43.“If you genuinely want something, don’t wait for it—teach yourself to be impatient.” — Gurbaksh Chahal

44.“We generate fears while we sit. We overcome them by action.” — Dr. Henry Link

45.“Success depends upon previous preparation, and without such preparation, there is sure to be failure.” — Confucius

46.“Motivation is what gets you started. Habit is what keeps you going.” — Jim Ryun

47.“How wonderful it is that nobody need wait a single moment before starting to improve the world.” — Anne Frank 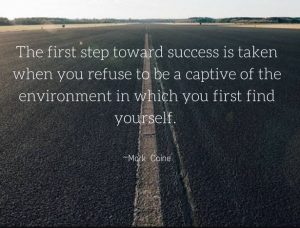 50.“The first step toward success is taken when you refuse to be a captive of the environment in which you first find yourself.” — Mark Caine

51.“Failure is not our only punishment for laziness; there is also the success of others.” — Jules Renard

53.“Only put off until tomorrow what you are willing to die having left undone.” — Pablo Picasso

54.“You can have unbelievable intelligence, you can have connections, you can have opportunities fall out of the sky. But in the end, hard work is the true, enduring characteristic of successful people.” — Marsha Evans

55.“Focused, hard work is the real key to success. Keep your eyes on the goal, and just keep taking the next step towards completing it. If you aren’t sure which way to do something, do it both ways and see which works better.” — John Carmack

56.“Whatever the job you are asked to do at whatever level, do a good job because your reputation is your resume.” – Madeleine Albright

57“Do what you can with all you have, wherever you are.” — Theodore Roosevelt

58.“Success usually comes to those who are too busy to be looking for it.” — Henry David Thoreau

59.“Enjoy your sweat because hard work doesn’t guarantee success, but without it, you don’t have a chance.” — Alex Rodriguez 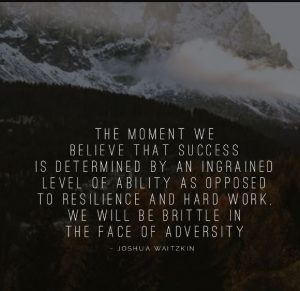 60.“The moment we believe that success is determined by an ingrained level of ability as opposed to resilience and hard work, we will be brittle in the face of adversity.” — Joshua Waitzkin

61.“I find that the harder I work, the more luck I seem to have.” — Thomas Jefferson

62“Some people dream of success while others wake up and work.” — Winston Churchill

64.“You can get everything in life you want if you will just help enough other people get what they want.” —Zig Ziglar

65.“Inspiration does exist, but it must find you working.” —Pablo Picasso

66.“Don’t settle for average. Bring your best to the moment. Then, whether it fails or succeeds, at least you know you gave all you had.” —Angela Bassett

68.“Don’t bunt. Aim out of the ballpark. Aim for the company of immortals.” ―David Ogilvy

69.“I have stood on a mountain of no’s for one yes.” —Barbara Elaine Smith

70.“If you believe something needs to exist, if it’s something you want to use yourself, don’t let anyone ever stop you from doing it.” —Tobias Lütke

71. “First forget inspiration. Habit is more dependable. Habit will sustain you whether you’re inspired or not. Habit will help you finish and polish your stories. Inspiration won’t. Habit is persistence in practice.” ―Octavia Butler

72. “The best way out is always through.” ―Robert Frost

73. “The battles that count aren’t the ones for gold medals. The struggles within yourself—the invisible, inevitable battles inside all of us—that’s where it’s at.” —Jesse Owens

75.“Someone will declare, “I am the leader!” and expect everyone to get in line and follow him or her to the gates of heaven or hell. My experience is that it doesn’t happen that way. Others follow you based on the quality of your actions rather than the magnitude of your declarations.” ―Bill Walsh

76. “Courage is like a muscle. We strengthen it by use.” —Ruth Gordo

77. “Develop success from failures. Discouragement and failure are two of the surest stepping stones to success.” —Dale Carnegie

78.“Relentlessly prune bullshit, don’t wait to do things that matter, and savor the time you have. That’s what you do when life is short.” —Paul Graham 80. “If the highest aim of a captain were to preserve his ship, he would keep it in port forever.” —Thomas Aquinas

Advertisement
Related Topics:Best Quotation About SuccessBest Quote About SuccessFamous Quotes About SuccessMotivational Quotes for SuccessQuotes on Success in Life
Up Next

Sad Quotes For All Time

Never Force Anyone To Talk To You Quotes To Note Down

Best Quotes About Success For Us

Funny Quotes For Everyone

Best Smile Quotes Of All Time