Evil Eye Quotes : In this special post we will get to know the different aspects of the “Evil Eye” via this Evil Eye Quotes collection. Do read it and learn all the aspects. 🙂 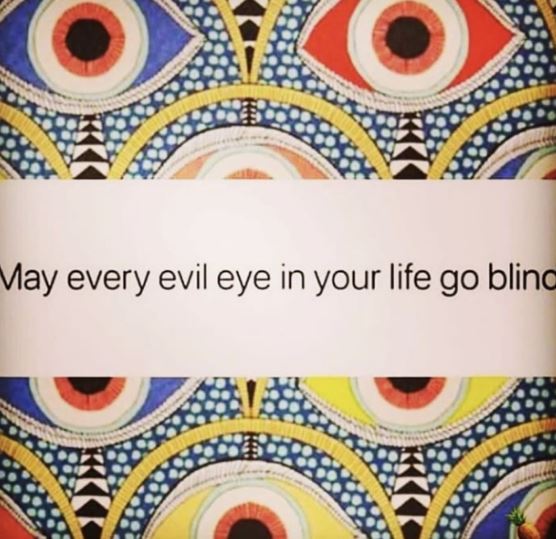 1.“May every evil eye in your life go blind.”

4.“An evil eye can see no good.” – Danish Proverbs

5.“Evil is in the eye of the beholder.” – David Mitchell

6.“The evil eye is true, so perform ablution for it.” – Hadith

7.“Any eye is an evil eye that looks in on to a mood apart.”- Robert Frost

8.“And even though we both fly Give each other space and not the evil eye.”- Q-Tip

9.“Sometimes you block your own blessings by telling everyone your own business.”

10.“No notice is taken of a little evil, but when it increases it strikes the eye.” – Aristotle

11.“I have looked evil in the eye, my friend. I am afraid to say it does not blink.” – Adrian Cole

12.“The evil eye brings a man to his grave and a camel into the cauldron.” – Prophet Muhammad

13.“If we live according to the law an eye for an eye…, we will never escape from the spiral of evil.” – Pope Francis

15.“Envy, my son, wears herself away, and droops like a lamb under the influence of the evil eye.”- Jacopo Sannazaro

16.“I have noticed that many who do not believe in God believe in everything else, even in the evil eye.” – Jules Verne

17.“The worst people on earth are not only those who commit evil, but those who stand by and turn a blind eye.” – Emmanuel Jal

18.“When people have a sense of our military capability, nobody will ever dare to cast an evil eye on our nation.”- Narendra Modi

19.“May every evil eye upon me go blind… May every tongue that rises against me fall… May every ill intention return to sender.”

20.“There are more idols than realities in the world: that is my “evil eye” for this world, which is also my “evil ear”.”- Friedrich Nietzsche

21.“A deep man believes that the evil eye can whither, the heart’s blessing can heal, and that love can overcome all odds.”- Ralph Waldo Emerson

22.“When your kids begin to grow up, it will be prompted to you to start snapping their pics for people to see. Keep calm, don’t do it! The evil eye is real!”

23.“If a negative viewer looks at you with an ugly fiendish eye, find a way and pluck off his eyes, or better still, protect your good image.”- Michael Bassey Johnson

24.“I don’t believe in evil eye… If your soul is sinless no evil eye can harm you… Even windstorm can fill dust in those houses whose windows are shaky…” – Sunanda Das

26.”The world will not be destroyed by those who do evil, but by those who watch them without doing anything.— Albert Einstein

27.”For the eyes of the Lord are upon the righteous, and his ears are open to their prayer. But the face of the Lord is against those that do evil.” –  Saint Peter

29.”The worst people on earth are not only those who commit evil, but those who stand by and turn a blind eye”-  Emmanuel Jal 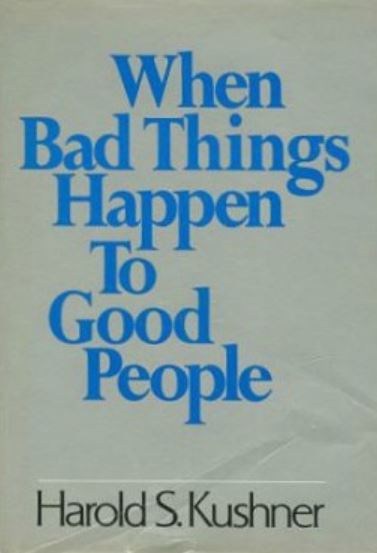 31.”It’s easier to hurt someone and make them cry, than it is to dry their eyes.”— George Harrison

32.”If you eyes are opened, you’ll see the things worth seeing.”— Rumi

33.”Any eye is an evil eye That looks in on to a mood apart.”— Robert Frost

34.”Every day we should stand in awe of Him, as He is with us, and do what is pleasing before Him. If we are unable now to perceive Him with our physical eyes, we can, if we are watchful, see Him continuously with the eyes of our understanding and not just see Him, but reap great benefits from Him.”

38.”And even though we both fly
Give each other space and not the evil eye – Unknown

40.”Away from her lips. She controlled herself by the help of an inward defiance, and without other sign of emotion than this lip-paleness turned to her play. But Deronda’s gaze seemed to have acted as an evil eye. Her stake was gone.”- George Eliot 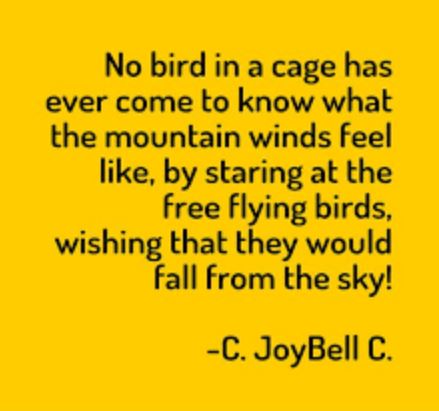 41.” No bird in a cage has ever come to know what the mountain winds feel like, by staring at the free flying birds, wishing that they would fall from the sky!”― C. JoyBell C

42.” If a negative viewer looks at you with an ugly fiendish eye, find a way and pluck off his eyes, or better still, protect your good image.”
― Michael Bassey Johnson

43.” I see how you look at me,” spits the hateful man. He thinks we look upon him with the evil eye when we are not looking at him that way at all. We are just looking at him. It’s because he can’t accept the hate inside of himself that he projects it onto us.”― Kate McGahan

44.” Hear no evil, speak no evil, see no evil but then also do no evil.”-Amit Abraham

45.” Quinn knows what I am talking about… Don’t you Quinn?” His blue eyes looked glazed over like he was possessed by a dark entity as he lunged toward the window and growled, “And it looks like you brought some friends!” He turned his head creepily toward me while his eyes continued to glimmer underneath the iridescent lighting.”― Trisha North

46.” I gazed at the monster and couldn’t rip my gaze away. He was… beautifully twisted.”― Jennifer West

47.”The only thing necessary for the triumph of evil is for good men to do nothing.”- Edmund Burke

48.”He who passively accepts evil is as much involved in it as he who helps to perpetrate it. He who accepts evil without protesting against it is really cooperating with it.”- Martin Luther King, Jr

50.” The evil that men do lives after them; the good is oft interred with their bones. “- William Shakespeare

51.”For evil to flourish, it only requires good men to do nothing.”- Simon Wiesenthal

52.”She was beginning to miss him when he wasn’t near. — Cornelia Funke

54.”Abandon everything you have outgrown. — Wallace D. Wattles

55.”My plan was to release a tape, move to Arkansas, live on a farm, and make music like Bon Iver. — Shamir

56.”I came to see soldiers as men willing to lay down their lives for the sake of others. They fight for themselves and the generation under immediate attack, but certainly they fight for the futures of free peoples. Decades beyond World War II, I am one who benefited. That I can vote in presidential elections and not bend my knee to Hirohito’s grandson is testament to the enduring work of the veterans of World War II. That I can write books for a living instead of sweating in a Third Reich factory is a product of Allied triumph. — Marcus Brotherton

58.”Fear has its use but cowardice has none. — Mahatma Gandhi

60.”I got my first computer in the 6th grade or so. As soon as I got it, I was interested in finding out how it worked and how the programs worked and then figuring out how to write programs at just deeper and deeper levels within the system. — Mark Zuckerberg

62.”I’m only writing this to show That I stopped sinning long ago. — Alexander Pushkin

63.”Ignorance fears all things, falling, terror-stricken before the passing wind. Superstition stands as the monument to ignorance, and before it kneel all who realize their own weakness who see in all things the strength they do not possess — Manly P. Hall

64.We take children from their parents because these cannot give them an intellectual training. So far, good. But we fail to give them that training in character which parents alone can give. Home influence, as Grace Aguilar conceived it – where has it gone? It strikes me that this is a grave danger for the future. — Norman Douglas

65.”It’s I politics that men are always aggravating the hopeless tangle of their laws, obscuring the simplest principles and making a mockery of liberty. — Joseph Sobran

66.”The eyes are the windows to your soul; to see whether you are kind or not, it is that.”

67.”You write for so many reasons that you can find, one of them is seeing a pair of brown eyes.”

68.”The beauty that you are feeling inside of you right now will eventually reflect in your eyes.”

70.”It is in their eyes that their magic resides.” – Arthur Symons

72.”You are most beautiful when your eyes are glowing with kindness and joy.” – Debasish Mridha

74.”The soul that can speak through the eyes can also kiss with a gaze.” – Gustavo Adolfo Becquer 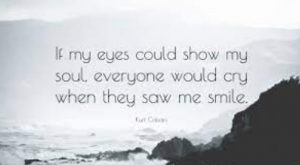 76.”If my eyes could show my soul, everyone would cry when they saw me smile. “– Kurt Cobain

77.”Do you know what I love the most about you ….your beautiful eyes are so deep, like an ocean of love.”

78.”Your eyes are the only reason I want to wake up every morning so that I can look into them the whole day.”

79.”Your eyes are like diamonds that shine whichever way I look at them, wherever they stare at.”

80.”I think it is a sin for a guy like you to have the most beautiful pair of brown eyes.”

Sun Tzu’s Quotes on the Philosophy of War and Warriors

Pythagoras Quotes you should know before you Get Old