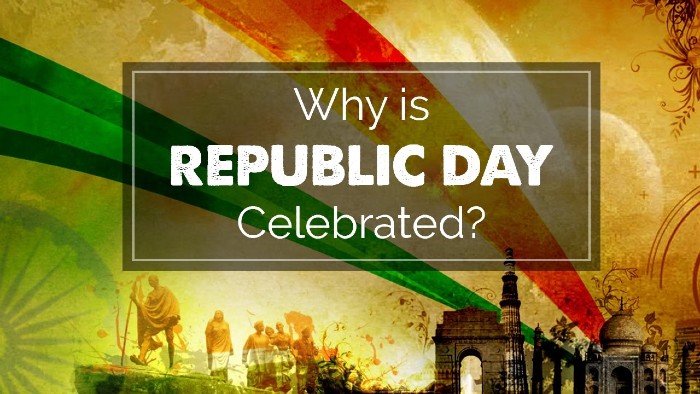 Republic Day is celebrated all over India on 26th January every year. The day is observed as a national holiday for Indians as they celebrate the anniversary of the Constitution of India.

India was previously under the British dominion and it was transferred from the British Dominion to Republic on this day.

Originally the event took place on 26th January 1950 and since then the whole country observes this day as Republic Day. India was declared a democratic republic nation. The first president of India was Dr Rajendra Prased.

It starts from Raisina Hill near the palace of the president Rashtrapati Bhawan and via Rajpath and India Gate it lands on to the Red Fort. Different regiments of the Army, the Air Force and the Navy take an active part in the parade.

They take part with all their refineries and official decorations. Several people gather at the venue to enjoy the mesmerizing view every year. The president of India addresses the nation and salutes the entire nation.

The commander in chief of the armed forces is the president of India and he salutes the military so being so brave. He hoists the flag of India and patriotic songs are played. You can also watch the live telecast of this program from the comfort of your home as different news channels air it on the television. Patriotic songs like Vande Mataram, Jana Gana Mana are played in schools and across various places to pay tribute to the brave freedom fighters. Everyone’s heart is filled with immense pleasure to be a part of this wonderful country.

Why do we celebrate Republic Day?

India was dominated by British rule and she had to fight back really hard to free herself from their rule. However, Indians and freedom fighters together managed to drive them out in 1947 on 15th August. Even after being independent, we didn’t have a constitution of our own. The constitution that has all the basic rules and principles laid that helps to run a nation. Though there was a government in India after independence, there was no constitution. After independence, India was headed by King George VI from 1947-1950. In 1950 on January 26, India’s first president was elected and it was on this day that the people of India were allotted full independence from the British rule. Not only India but there are few other countries that celebrate Republic Day and they are Nepal, Turkey, Italy, China, etc.

Republic Day helps to emphasize the joy of oneness and diversity. This day helps to bring Indian together. Major efforts are put in by the people of a country to organize events and celebrate Republic Day. A large military parade is one of the major observations that people love to witness in the national capital of India.

How many years of Republic India?

The country became a Republic in 1950. Therefore, in the year 2020, India will celebrate its 71st Republic Day. Like every year, this year also we will celebrate the day with a magnificent parade and with the same zeal.

This day honours the constitution that came into force. Awards and medals are distributed to the people of Armed Forces and civilians and sweets are also distributed among street children. It represents the true spirit of independent India. The day is also known as Purna Swaraj Day which means complete independence.